By Unknown January 19, 2011
I've noticed every time I ask a friend who recently turned 21 (or close to it) if they like beer they say no in a disgusting matter! Its either they've a) drank only domestic beer or b) are stuck in that phase where they just want to get drunk fast. I wish I could get my young friends out of that phase by bringing them to Aces & Ales to enjoy the taste of beer. Its a great place for beer enthusiasts located on the east side of Las Vegas. A variety of craft beers are served here - basically beers that are made by small, independent brewers with only traditional brewing ingredients such as malt, hops, yeast and water, and brewed with traditional brewing methods (zooass.com/bar/glossary).

From the huge board that listed the craft beers offered, I chose the Dogfish Head Sah'tea - a modern update of ninth century Finnish proto-beer.  This smooth beer was marvelous! My taste buds could feel the chai, berries, spices, and beer blend well together.  I'm getting thirsty just thinking about it! 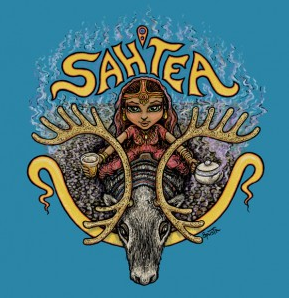 Food wise, I was impressed what was on their menu because there was also a variety of foods.  I wasn't really hungry, so I just sampled the sweet potatoes fries which were made perfectly crisp!