By Unknown November 25, 2010
For breakfast time with my mom, we ate at Pho So 1 to eat some pho instead of traditional American or Filipino food. 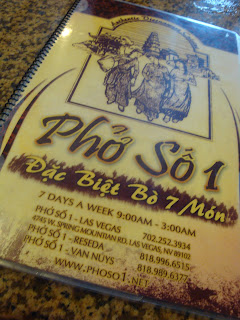 Eating a soup consisting of rice noodles, thinly sliced meat, bean sprouts, lime, and basil early in a chilly morning is refreshing to eat!
In the pic below is tai chin nam gan sach - rare steak, well-done flank, brisket, tendon, and tripe.  I enjoyed this soup because it's broth was amazing and it wasn't too salty like other pho I've tried in town: 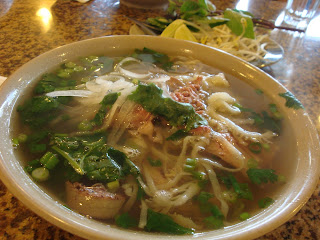