By Amber-Rose Kawewehi July 03, 2016
I had to save my best dining experience in Japan for last at Sushi Bar Yasuda!  When my husband and I entered the small, intimate restaurant, we saw Chef Yasuda standing alone at the bar.  He had no facial expression (maybe he was getting into the zone?).  As everyone sat down, he was preparing our foods and began talking to us in a calm, friendly manner.

As the night progressed, we all were having interesting conversations with Chef Yasuda from his life back in New York (he was the former owner of Sushi Yasuda), sushi making techniques (and secrets!), him getting to know a bit about his patrons, and so on. I had told him that we were from Las Vegas, NV and he made fun of how it was impossible to get great sushi to the desert.  Well, after eating my omakase meal, I would have to agree with him! 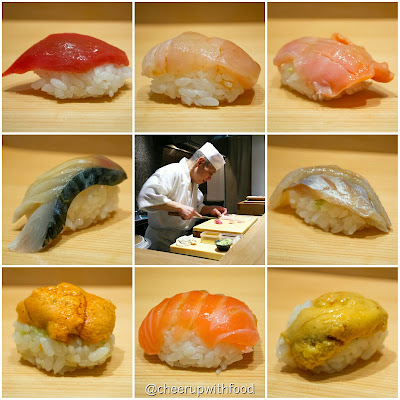 Now onto the food, if you haven't recognized him yet, Chef Naomichi Yasuda is featured in CNN's Anthony Bourdain: Parts Unknown episode in Tokyo, Japan.  If you've seen this episode, he explains that some fish improve in quality when frozen. I should have asked him if there was more to his freezing process because each piece of sushi was succulent! 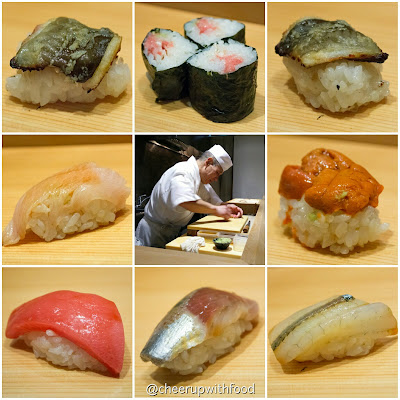 Just to name a few nigiris we had - we ate three types of Sea Urchin (Uni) from Hokkaido, Vancouver, and Russia.  They all came from different bodies of water, so their textures and levels of saltiness were slightly different.  Same with the Freshwater Eels (Unagi) and Saltwater Eels (Anago), the anago was surprisingly sweeter than the unagi. 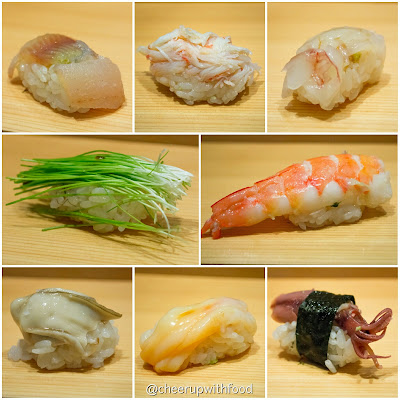 I had Menegi (spring onion shoots) for the first time.  It may just look like grass, but it was the tastiest and crispiest greens I've ever had!  Too bad this certain kind of spring onions cannot be exported (I forgot the reason Chef Yasuda told us). We also had Alaskan King Crab, Oyster, Amaebi (sweet shrimp), Hamachi (yellowtail) and baby Squid (as seen above). 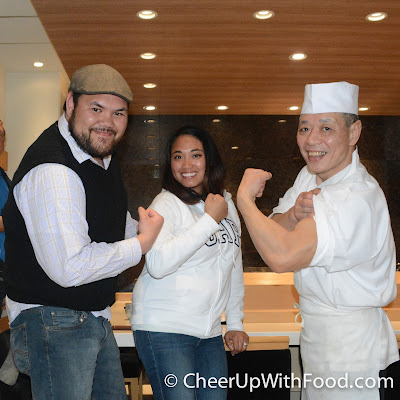 Posing with our "guns" with Chef Yasuda

If you want to eat at this wonderful restaurant, I recommend reserving at least 3 months in advance by going to their website, filling out a form, and they will contact you back. After eating here you don't want to eat sushi anywhere else for a long time!