By Unknown November 20, 2010
When I called to reserve a table at SATAY, the lady I was talking to asked if there was a special occasion.  I told her that I was celebrating my birthday and she responded in excitement as she greeted me... I felt special haha.

My huge taro smoothie with boba - I enjoy eating taro, the use of this root is endless: 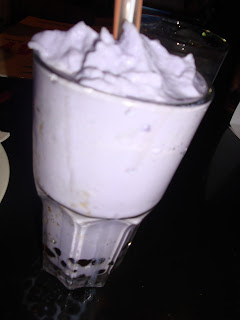 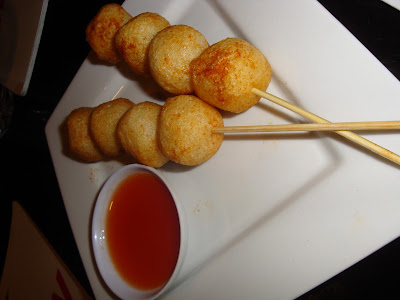 Thai Ginger Tofu - comes with onion, green onion, celery, and red bell pepper.  I love foods with ginger because of its tangy taste: 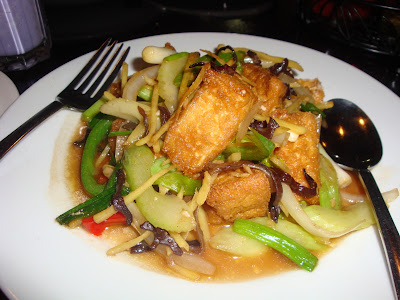 Coconut fragrance rice only has a slight scent of coconut: 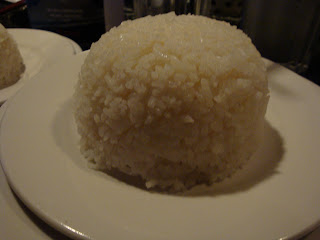 Thanks for the free green tea ice cream Satay!