By Unknown February 24, 2012
Earlier this month I went to the South Point Gourmet Food Truck Fest.  Non-food wise, the lot where this food truck fest was located at was s p a c i o u s, I loved it!  There were twenty food trucks there (many of them were from California).  The lucky food trucks I tried foods from were Calbi Fusion Tacos|Burritos, Pie 'n Burger, Longboards Ice Cream, Ludo Truck, and Nom Nom Truck.

@ Calbi - This food truck sells Korean BBQ style tacos, burritos, and quesadillas aka "KoMex" food.  Being an adventurous eater, I tried the Kim Chee Quesadillas with a house dipping sauce on the side.  Never would I think of combining kim chee, cheese, and a tortilla together!  The quesadillas were quite pleasant.  I only wish that the quesadillas or the sauce had more spices added to them: 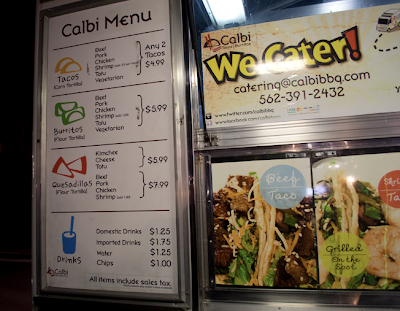 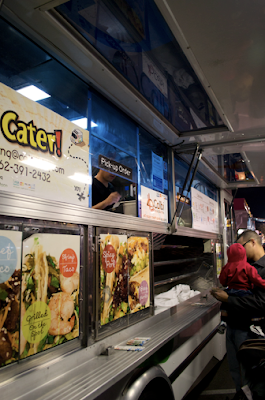 @ Pie 'n Burger - I got a pie, but also got a hot dog instead of a burger... I know I should've got a burger (hence their name), but I was really craving a hot dog!: 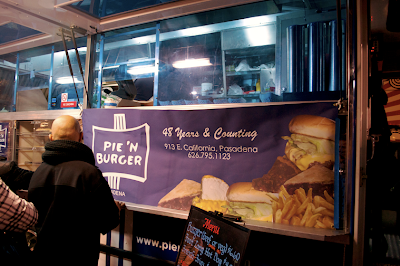 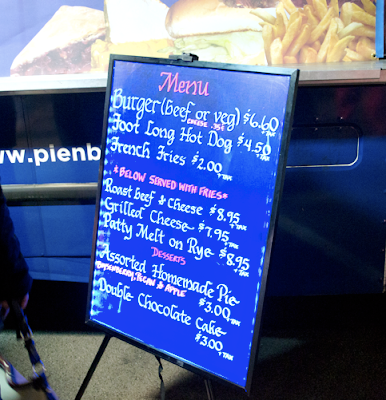 @ Ludo Truck - I sampled my friend's Honey-Garlic Glazed Chicken Wings... OMG the marinade drenched in the chicken wing was the best I ever had!  There was a lot of honey in it for sure, but all the spices and sauces that blended with it tasted like heaven.  I wish I could snag that recipe!

@ Chairman Bao Food Truck - This was my fiancé's bao.  He said the dough tasted great and that it was different from the other baos/steamed buns he's had.  Maybe its the California water that makes the dough taste so good: 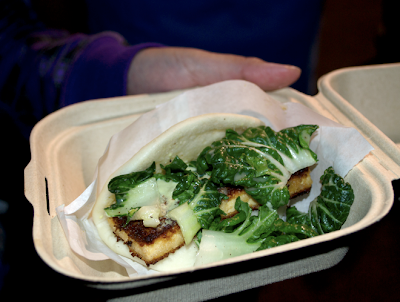 @ Longboards Ice Cream - I think this was the first frozen banana I had. It was a delightful dessert!  The toppings I chose were dark chocolate, shredded coconut, and peanuts: 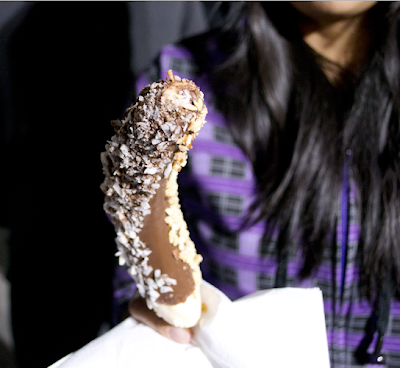 @ Nom Nom Truck - This food truck sells Asian style food including Vietnamese sandwiches called bánh mì.  This was also my first time trying these sandwiches, so glad I got to try them from this food truck. The bread was perfectly toasted, the ingredients were fresh, and the sauce was amazing.  When I go back to San Franciso, I'll visit this Nom Nom Truck pronto!


I kind of regret not going to the other food trucks, especially when they had interesting items (like the Tornado Potato Truck)!  But its ok, I'm still satisfied with the food trucks I went to and the event will be back anyways.  If anyone goes to the next food truck fest on November 5th, bring your family and/or friends with you!  Hopefully the more people you're with the more different foods you can sample from ;) Here's the list of trucks that will come later this year: Participating Trucks.