By Unknown November 16, 2013
Last month we took a short trip to Albuquerque.  The foods there took me by surprise especially when a lot of their foods had green chile in them!  I guess its a New Mexico thing:

So I had to come to this restaurant because it was in Breaking Bad.  What I like about Grove Cafe is they aim to serve the highest quality of food.  I think the photos speaks for themselves!  My friend got the Poached Eggs with ham, prosciutto, asparagus, and parmesan: 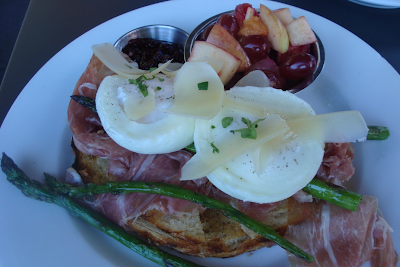 I got the Grove Pancakes with fruit and crème fraîche.  These aren't your
typical pancakes!  They were flat, bit greasier than the usual fluffy pancake, but yet
they tasted great  and wholesome with the fruit and crème: 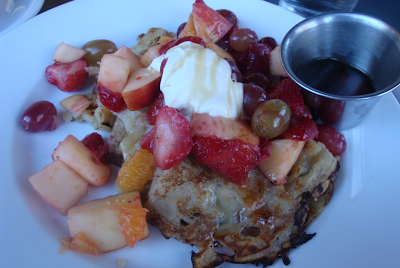 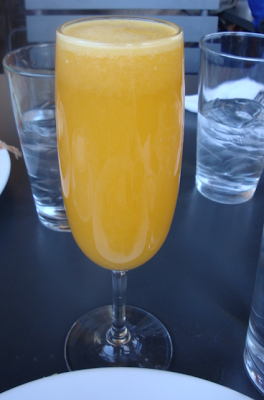 You Breaking Bad fans should recognize this area: 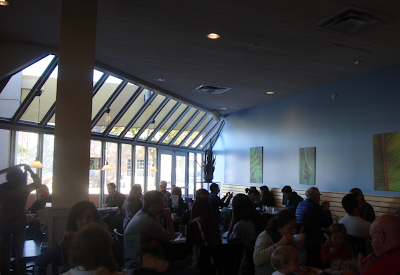 The Grove Cafe was busy, but they were fast to me with the food coming out, I was impressed!  I wouldn't mind eating here if I visit Albuquerque again :)

My friend brought me to one of his favorite breweries, Marble Brewery: 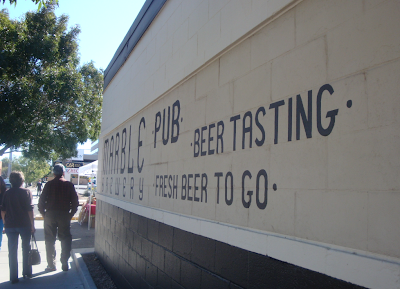 The weather was perfect outside for dining: 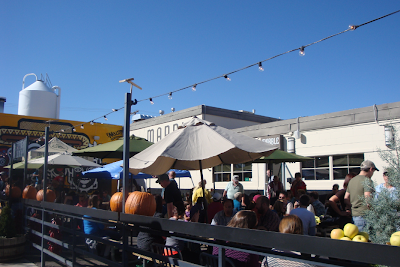 Marble Brewery lets different food trucks throughout the week serve their foods.  When I was there, The Supper Truck and Rustic Food Truck was there for lunch: 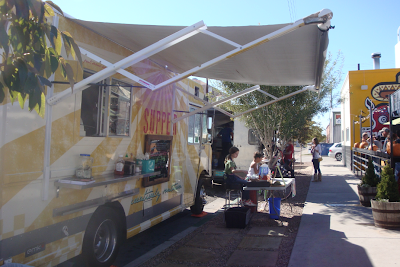 I was in the mood for some light beer and my friend recommended me to try the Wildflower Wheat- An unfiltered American Wheat Ale accented with New Mexico wildflower honey, 5.6% ABV.  This beer was so good that I drank it like water: 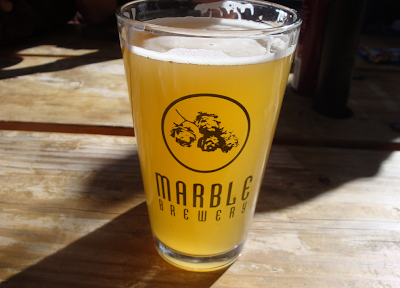 Overall I liked this place because I got to dine outdoors and sip on my beer while listening to live music.  I was relaxed and enjoyed my time there.

I decided to get food from the Rustic Food Truck while I was at Marble Brewery.  My friend ordered a hamburger for me and what stood out about it was the green chile.  It's what made the burger!  I feel like I have to add green chile whenever I make hamburgers now!  It was mild, just added a little tang every time I took a bite: 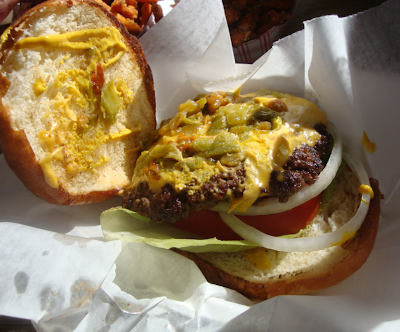 When I was at Nob Hill, I finally ate some Mexican food at Zacatecas!  Their name is from a region in Mexico thats known for its classic, cross cultural blend of foods and recipes.  Zacatecas offers a variety of soft tacos, some drinks that are only from Mexico, Signature Cocktails, South of the Border Specialties, Build-Your-Own Margaritas, and Tequila!

My friend requested a side of guacamole with our nachos.  I was so glad he asked for the side because this truly was one of the best guacamole I've had.  The texture and spices were on point: 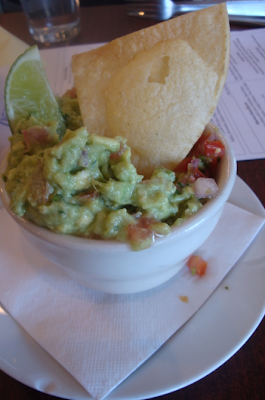 The food is mouth watering just looking at it: 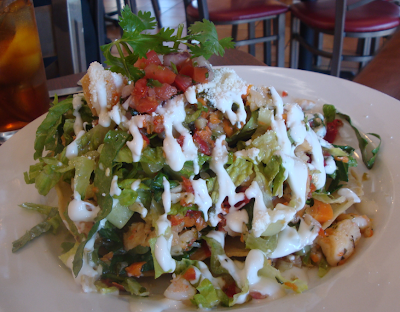 I had the Huevos A La Mexicana- it came with scrambled eggs, sauteed tomato, onion, serranos, black bean refritos, and chorizo potatoes: 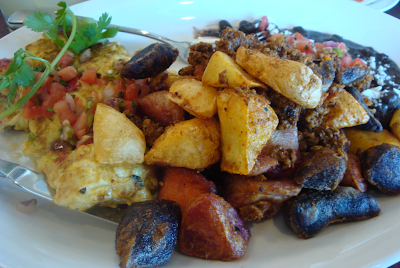 The gang and I wanted to try some tapas and chose to eat at Gecko's.  There was one thing that stood out in this part of the menu.  Yes, its the New Mexico Green Chile Cheese Fries!: 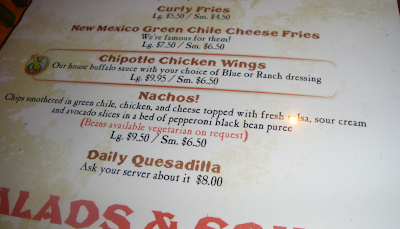 This was one of the best toppings I've had on my fries ever: 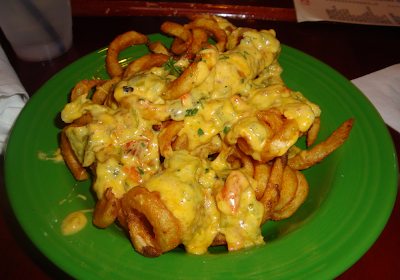 We wanted to eat somewhere close to our hotel and Guava Tree Cafe was in the vicinity.  This cafe gave off this "homey" vibe, the service was great which made me me feel comfortable eating there! They specialize in Latin and Caribbean foods, which includes sweets, arepas, and sandwiches: 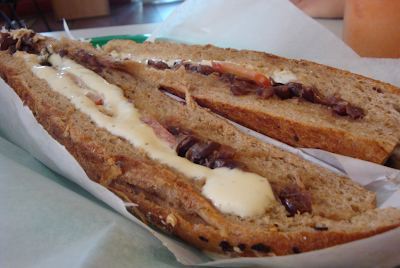 I had to try an arepa!  This one in particular was the Arepa Pabellón- filled with shredded beef, black beans, sweet plantains, and fresco cheese: 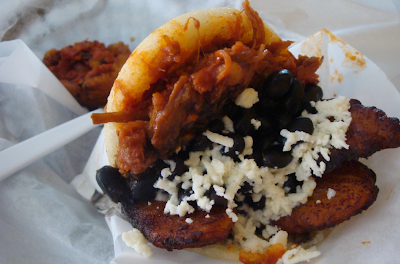 The smoothies we had: 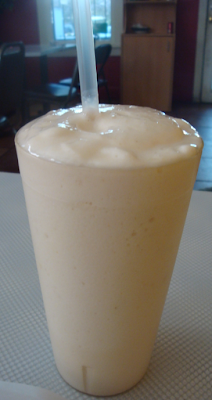 As much as possible, I prefer to eat at local places like Donut Mart.  We kept passing Donut Mart for a few days and finally had the chance to try their donuts: 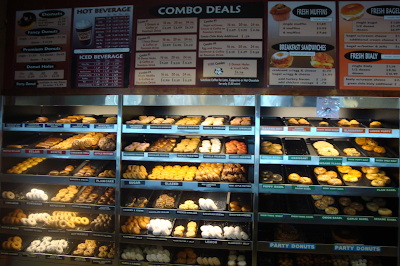 I had a donut with coconut flakes yum: 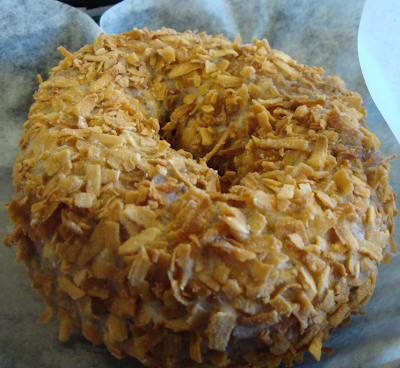 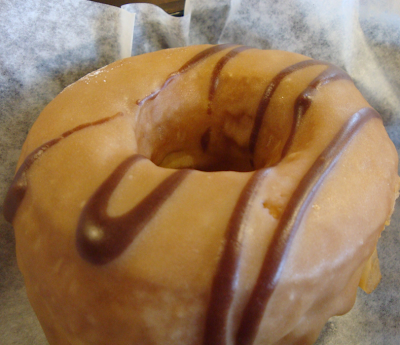 This was a nice little donut shop, its great place to relax before starting your day!

We kept hearing from friends to eat at Frontier Restaurant, I'm glad we listened to them!  Just look at this wonderful New Mexican plate (see, green chile again!): 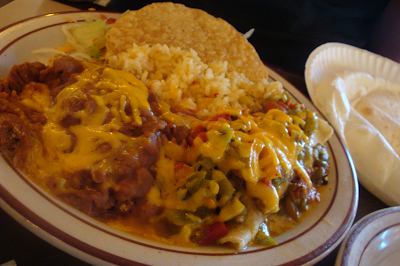 I decided to get the Breakfast Burrito- comes with an egg, hash brown, cheddar cheese, and green chile.  This burrito was simply amazing!  The tortilla was quite soft and fluffy.  A few packets of honey also came with the burrito.  I was confused at first of where to put the honey on, so I put a little on the burrito and after one bite, I realized the honey completed the burrito: 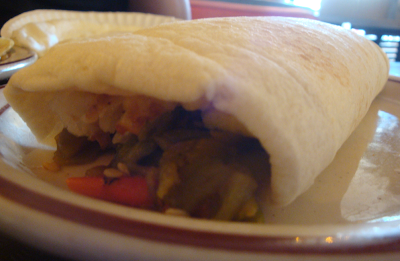 The last place we ate at during the trip was at Village Inn.  It was a cute diner: 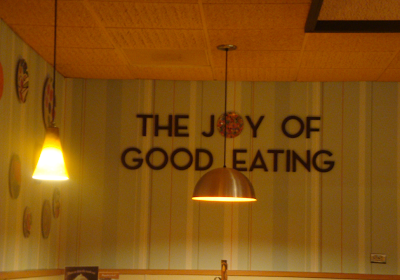 This chicken and waffle dish was quite nice to me, I liked the marinade the chicken was in: 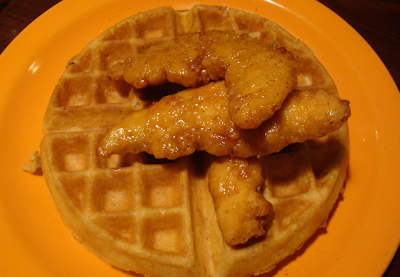 They also specialize in pies.  Their pie menu was long making it harder to choose!  We shared a French Silk pie.  It was smooth and of course chocolatey.

For all you Breaking Bad fans: 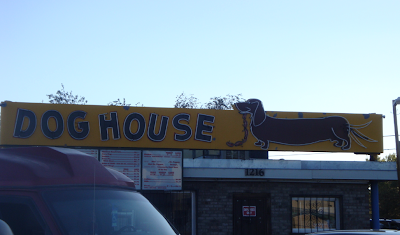 A play on words haha: 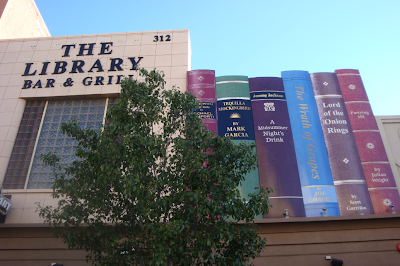 Like I said earlier, New Mexico's food suprised me and were much tasty than I expected.  This is why I love travelling, you never how something actually is/works/tastes until you experience it for yourself!